Ellen began her career on local community stations in her home town of Peterborough, where she presented new music shows leading to positions at the BBC and leading sports broadcasters. Her first major role was in landing the ‘BBC Music Introducing’ show at Radio Cambridgeshire where Ellen supported unsigned, undiscovered and under-the-radar musicians. This led to shows at BBC Radio 1 alongside Gemma Bradley and cover shows for Tom Robinson on BBC 6 Music. On TV, Ellen covered music stories across the region of East Anglia, on BBC Look East TV.

As an athletics commentator and announcer, Ellen has amassed an impressive repertoire of work on a variety of national athletics events both indoor and outdoor for sports broadcaster Vinco and England Athletics. She also closely follows Formula 1, Formula E and cycling both on the track and road. Plus 3 years of experience on local radio sports teams has given her a broad awareness of all divisions of the English Football League.

In the summer of 2021, Ellen became the official stadium announcer for Manchester City's women's team. Alongside her announcing duties, Ellen presents live from pitch side during home games and also presents at  games for the men's team at the Etihad staium.

During her 3 years at BBC Radio Cambridgeshire, Ellen has written, produced and presented a variety of news and sports reports, gaining valuable experience of presenting and working in a fast paced news room, to time pressured deadlines. 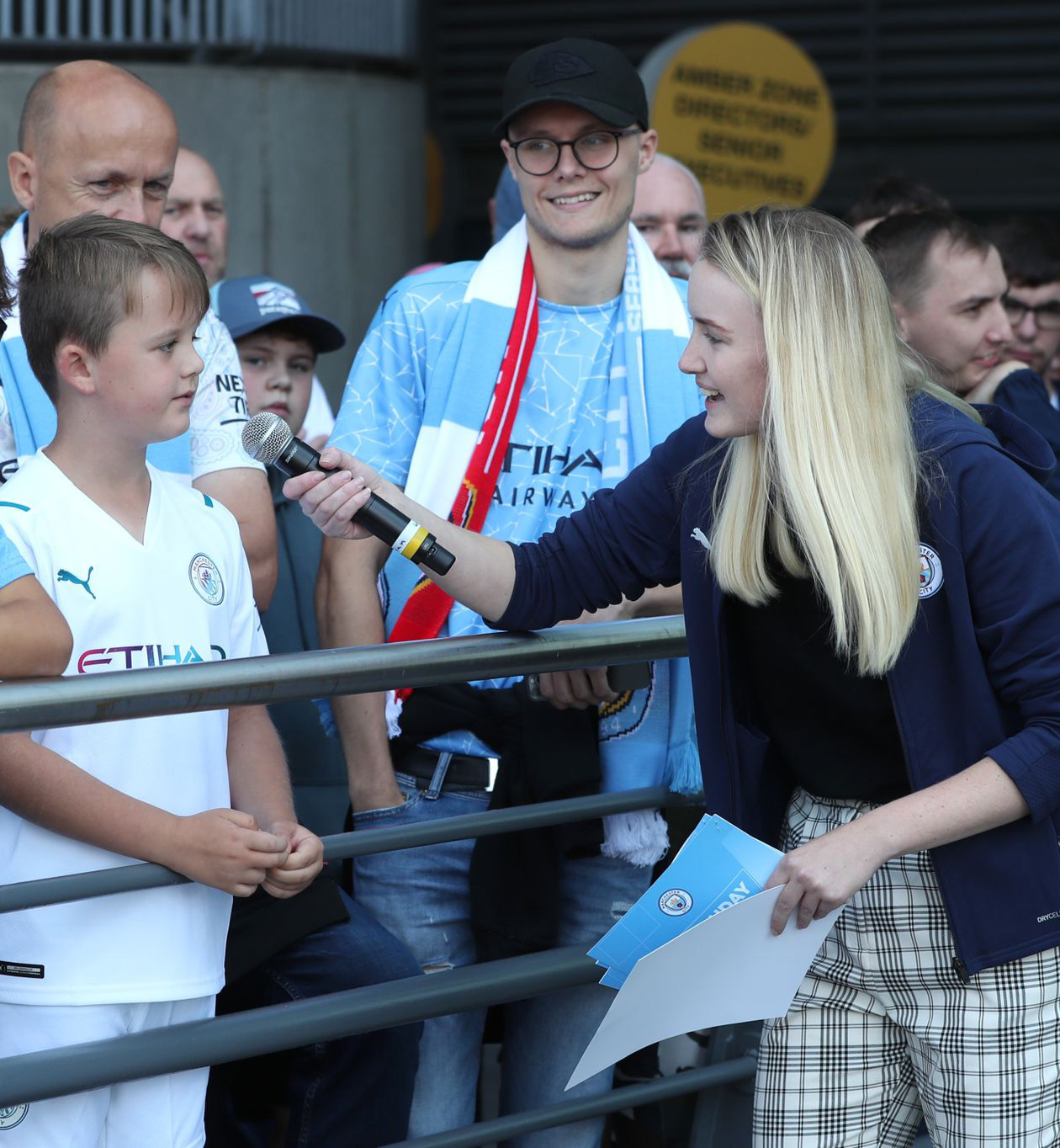