Esi is a DJ and Presenter based in West London. She is the host of the Rap Show and weekdays daytime on KISS Fresh.

Esi’s career in radio started in 2016, when she demoed at her local station Westside Radio. Recognising her early promise, Esi was given a daytime show after just a few demo’s where she went on to host 4 shows a week and also a specialist UK show championing new Rap and R&B artists. In 2020, Esi also joined the online station No Signal, hosting a show with her collective Sanctuary LDN. Her DJ mixes featured on some of the biggest stations in the UK including BBC 1Xtra, Capital Xtra and KISS - where Esi made her debut as part of the Westside KISS Fresh Takeover in April. Three months later Esi joined the KISS team as part of the brand new line-up on KISS Fresh hosting the all new Rap show, Sunday nights, 9-11pm. Kicking off 2022, Esi was announced as the new daytime weekday presenter on KISS Fresh, where she hosts Mon to Fri, 3-7pm.

As a DJ, Esi has played for global artists such as Megan Thee Stallion, DJ Spinall, and at staple London venues such as Camden Assembly, Visions, Ace Hotel and Koko. Esi has also played special in store sets for brands Adidas and Fiorucci Soho. As a multi genre DJ, Esi is across all of the latest cutting edge music, but her knowledge within the UK rap scene is unrivalled.

Esi also runs Sanctuary LDN which is a creative agency who have created campaigns for artists including Potter Payper, D Block Europe and M Huncho to name but a few. 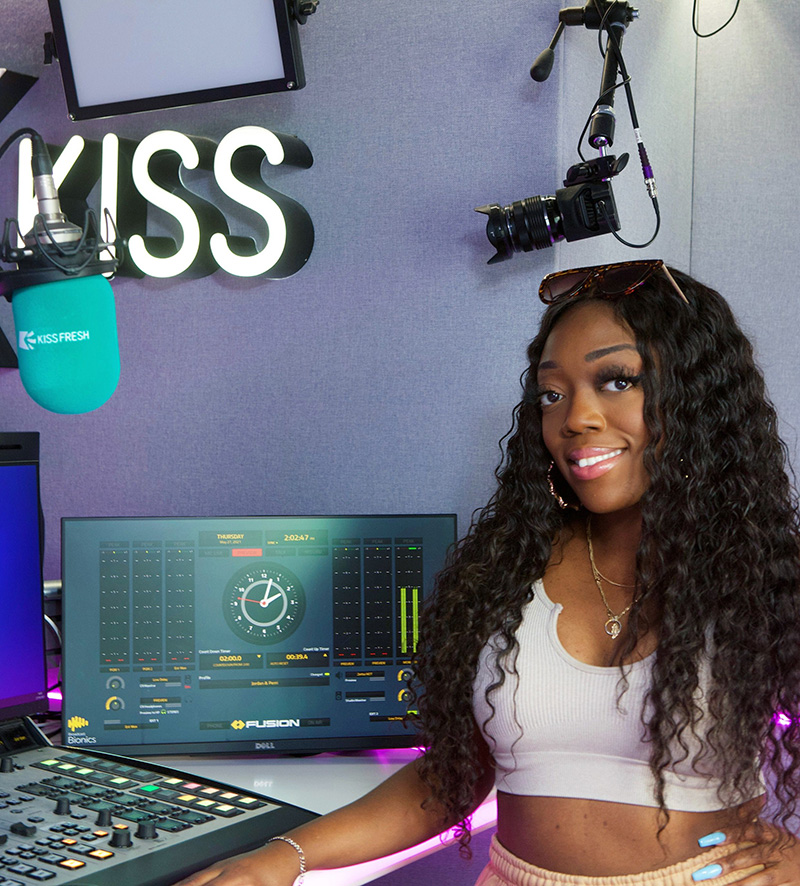