Fee Mak is a Radio Presenter based in London. She has hosted Drivetime and Early Breakfast on BBC Radio 1, regularly covers on BBC 1Xtra and has also hosted 'Hype Right Now' on Kiss TV (4Music). Fee is the host of Westside Radio's Drivetime show, ‘The Jam’ from Monday to Friday.

Fee started her presenting career at CSR 97.4FM, the student station for the University of Kent. Alongside her BA (Hons) French and Business Administration degree, Fee presented a weekly show showcasing the best up and coming new talent. Her shows included early music from the now established Ramz and Zone2.

Fee was picked up from her university radio shows by leading talent developer Westside Radio 89.6FM in London. And after only a few demos, Fee began to cover shows, followed by a permanent weekend slot on Saturdays. Her skills developed at Westside under the mentorship of the then breakfast show presenter Shayna Marie (Capital Xtra) and drivetime show host Rebecca Judd (Apple Music 1). Her development took place very quickly through her combined passion, dedication and hard work. Westside acknowledged Fee’s progression by offering her the drivetime show ‘The Jam’, previously hosted by Rebecca Judd (Apple Music 1) and Goubran Bahou (Goubtube).

Since being at Westside, Fee has hosted a variety of live events including the Urban Talent Show at Westfield London, a renowned talent search competition featuring some of the biggest industry names as judges. She has also interviewed a number of established acts and performers, which includes comedian and broadcaster Kojo Anim, Ray Blk and Loski.

Music has always played a predominant role in her life and from a young age, Fee has appreciated all music genres through various creative avenues. At the age of 8, she was a junior associate at The Royal Ballet School as well as a ballet girl on the Westend musical, Billy Elliot at 10 years old. Likewise, she expresses her creativity through fine art and was invited to showcase her work at an exhibition in London.

Having come so far, in such a short space of time the future looks increasingly bright for Fee. She is one of the UK’s most exciting, up and coming young broadcasters. 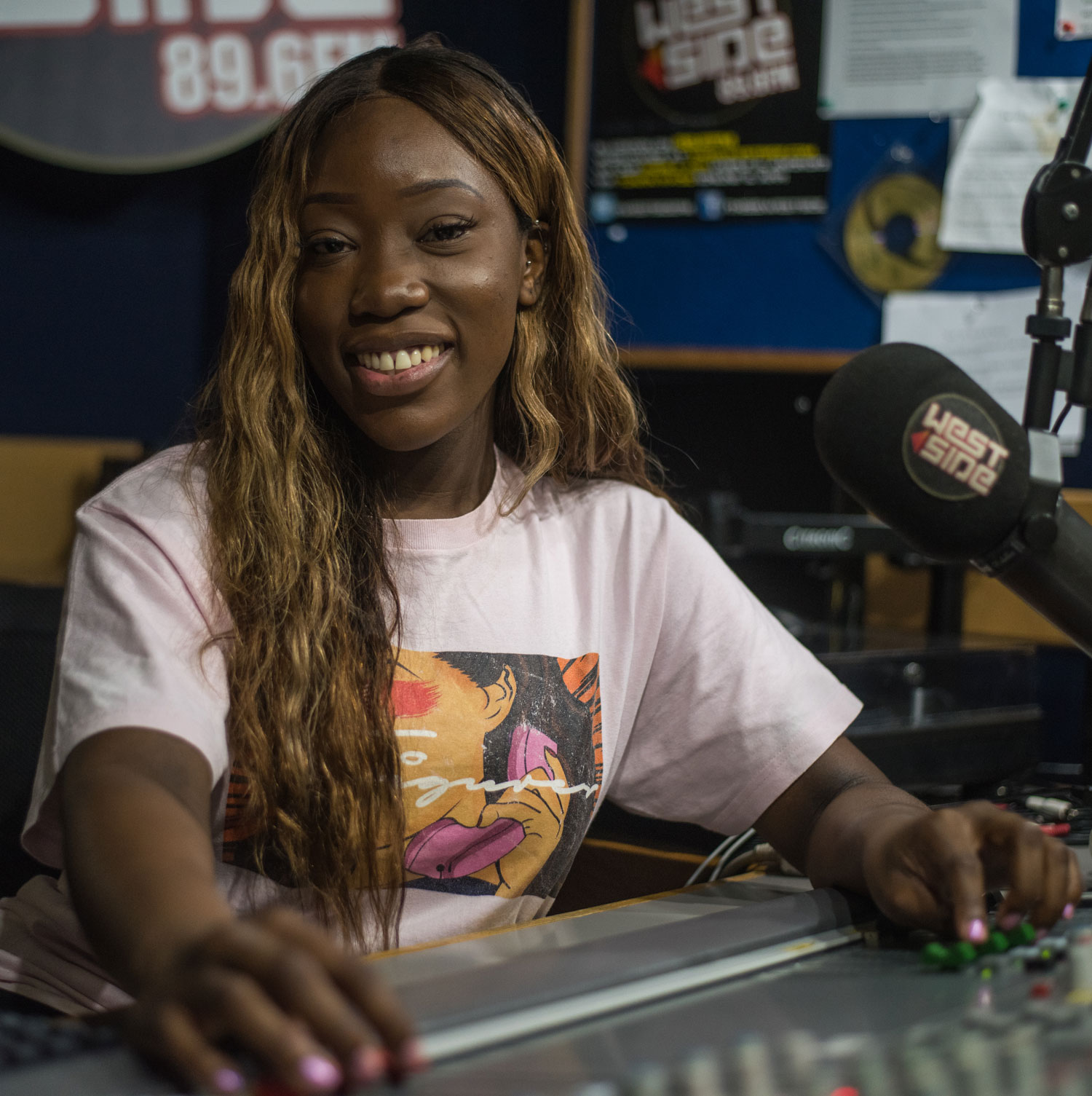