Nottingham-born Jasmine Takhar is the host of BBC Introducing and the Weekend Breakfast show on BBC Asian Network. She is also the official host for Trent Rockets during 'The Hundred' and for music platform 'Scene Not Heard'.

Jasmine began her radio career at 18 whilst she studied BA (Hons) Media with Creative Industries at Nottingham Trent University. Although this was her first step into the media industry she developed a passion for music long before this. Jasmine grew up listening to various genres of music, collecting Vinyl’s and began playing instruments at the age of 15 as she spent most of her younger years going to festivals and establishing connections at music events.

Growing up with a great knowledge of music helped her realize her dream of working in radio whilst studying for her degree. During this time, Jasmine began her radio career at Nottingham’s first official Urban station, 97.5 Kemet FM, where she also received a qualification in radio skills and went on to present 5 shows a week (The Afternoon Show 1-4pm).

After graduating, she decided to gain momentum within her radio career by presenting a show on London’s Westside Radio. This radio station recognised Jasmine’s unique natural talent on the microphone and approached her to present 5 shows a week. At this point, Jasmine was presenting 10 shows a week in 2 different cities, travelling up and down the country in order to try and make her passion into a career.

During her years at Westside, Jasmine pushed her ambition to work within radio a step further by focusing on DJing and working alongside radio personalities in the US, where she had the opportunity to go to 99 Jamz, Miami’s number 1 urban radio station in one of the largest radio markets in the country. As Jasmine’s determination to succeed became more apparent to those around her, she continued to elevate her career by interviewing some of the biggest superstars in the US including Jamie Foxx, Tinashe, Keri Hilson, Bobby Valentino, Joe Torry and UK artists such as Mez, Big Tobz, Moelogo, Shide Boss, Mic Lowry and Lemar.

In addition to this, she has hosted various events around the country including the Nottingham Carnival, Bobby Valentino’s tour, Riverside Festival and Summer Jam, an urban event that took place at the Motorpoint Arena in Nottingham, which held a capacity of 10,000 people. This caught the eye of the Asian Media Awards in 2016 which led to Jasmine being shortlisted as a finalist for the Outstanding Young Journalist of the year award among other credible journalists.

Shortly after this, Jasmine was approached by the BBC to take on and present a brand new show launching on a national radio station, BBC Asian Network. After successfully presenting ‘The Friday Night Residency’ and covering various other shows across the station in 2017, she was then offered the Weekend Breakfast Show that she is currently presenting. In 2021, Jasmine's passion for and strong connection to new UK artists was recognised when she was announced as the new host of the 'BBC Introducing' show on BBC Asian Network.

In recent years, Jasmine has expanded her portfolio of live presenting work by becoming the official host for Trent Rockets at the inaugural 'The Hundred' cricket competition. She also made her debut on BBC One during the tournament.

Jasmine also heads up the project 'Scene Not Heard'. A platform dedicated to providing a voice for unsigned rap, grime and R&B artists from outside of the capital. Founded, created and run by Jasmine, Scene Not Heard has become a significant industry voice through in-depth interviews, freestyles and ciphers. 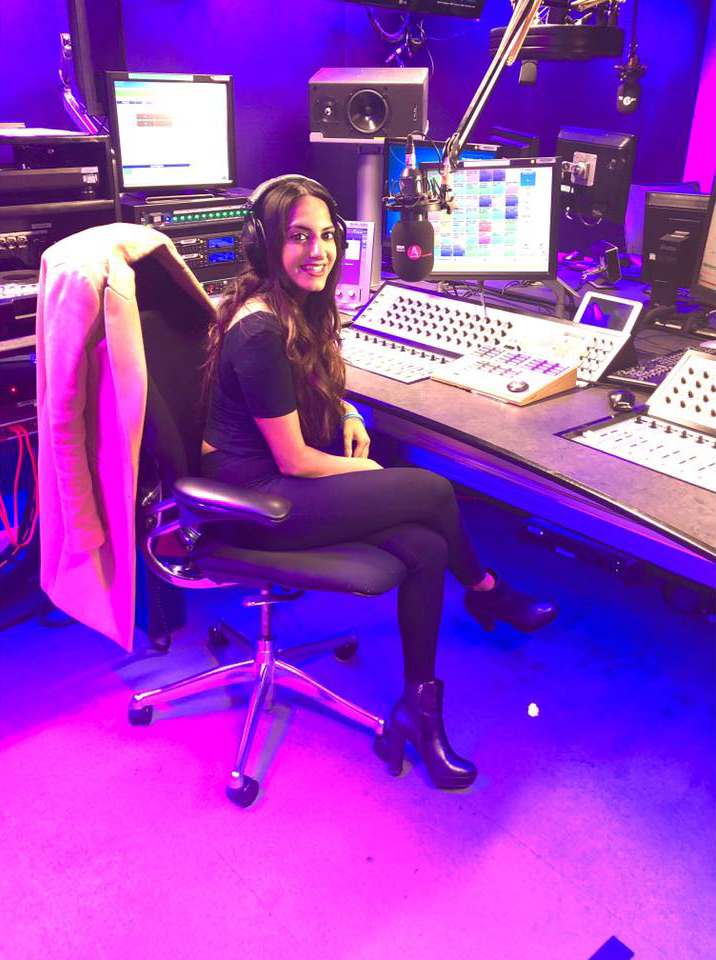