Nayha is a Radio and TV presenter from Slough. She is the host of the Official Asian Chart show on the BBC Asian Network and also presents on the Sky Arts show ‘Unmuted’ and ‘Desi Beat’ on Colors TV (Sky).

Her first break in radio came at her hometown station Asian Star 101.6FM before progressing to West London’s Westside Radio who took her on to host the Westside Chart Show. Other experience included London’s Vibe 107.6FM and commercial radio station Aspen Waite Radio. After featuring regularly on with guest presenter appearances on the BBC Asian Network, Nayha was announced as the host of the networks Official Asian Chart show in March 2021.

On TV Nayha has interviewed many high profile celebrities and artists. Starting out at the online channel Media Spotlight UK, Nayha has interviewed celebrities such as Sean Paul, Abhishiek Bachan, Shaggy and Christina Milian. In 2017, Nayha joined the Whats Up TV (now known as 'Unmuted') team as a presenter on the Sky series. Since her debut, she has interviewed many personalities including Sara Pascoe, Russell Kane, Seal and Ella Eyre. Nayha’s TV credits also include coverage of the ITV Gala, National TV Awards, Perfume Awards, Camden’s Music Video Awards, Asian Achievement Awards and the Asian Wedding Show.

Nayha is also a massive foodie! She can be seen weekly on TV covering a variety of Desi cooking and food from chefs, to Mela’s and festivals on the Sky, Colors TV show ‘Desi Beat’. And when she’s not presenting on camera Nayha can be found experimenting in her own kitchen using ingredients from around the world to create original new recipes - She loves getting creative and being really adventurous with different flavours.

Alongside her presenting, Nayha loves talking about Dating and is the host of her own podcast, the “Dating Dilemmas Podcast”. The series has been featured on BBC Radio London’s “The Scene” as a Podcast to listen to.

Fashion runs in the family for Nayha! Her journey began by helping her brother complete his fashion show cat walk project whilst at top fashion school Central St Martins. She loves vintage shopping and regularly shops in Shoreditch and thrift shops. She’s creative with her fashion rather than slap bang designer labels and has her own sense of individuality! Nayha has also done a range of interviews - with stylists on skyline to festival fashion on YouTube. Nayha’s professional modelling and fashion work ranges from Asian wedding fairs to catwalks up and down the country as well as magazines.

As a massive supporter of children’s charities, Nayha has supported the NSPCC throughout the years, raising funds in various ways including running a pop up photo shooting business that donated all of its earnings to the NSPCC. Another charity close to Nayha’s heart, who she regularly contributes towards is Edhi International Foundation, who provide care and shelter for young orphans. 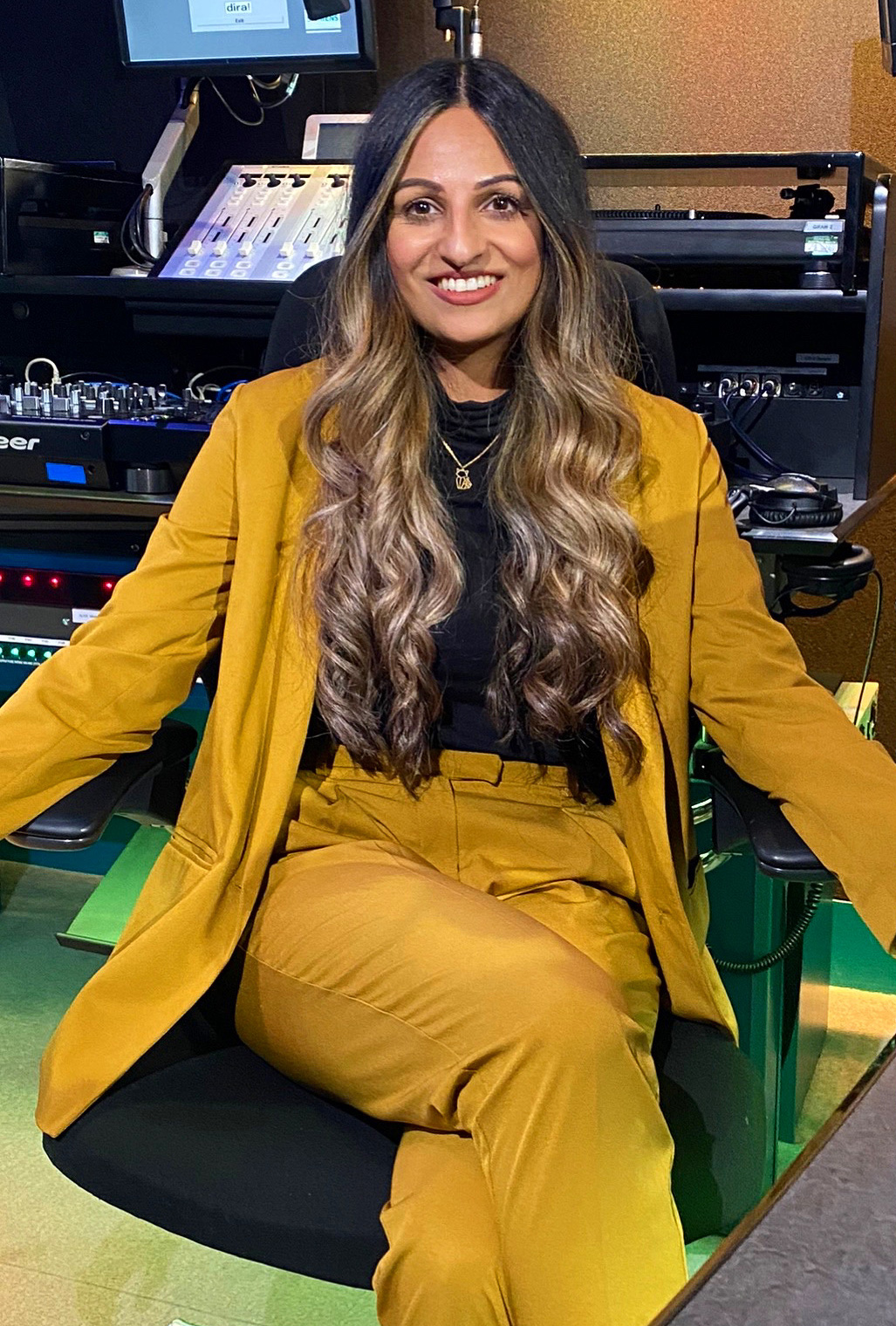