The new BBC Introducing show will be hosted by Jasmine Takhar. It will be a two-hour weekly slot featuring brand new music from Asian artists. Jasmine Takhar says: “This one’s a personal victory for me. It’s such an honour to be the voice for brand new music with BBC Introducing.  “I’ve been championing rising talent and music from outside of London for the last few years and to be selected to host this show is a big deal. The British Asian music scene is thriving and it’s an amazing feeling knowing that I’ll be playing a huge part in selecting incredible new music that this scene has to offer. I’m absolutely buzzing!”

Another new show is the Asian Network Takeover which will be every Wednesday, 10pm to midnight. The show is essentially a new format for the former Residency show. It will feature six new DJs who will host for one month each, before returning six months later. The first DJ will be DJ Kizzi who is joining the station at just 19 years old. 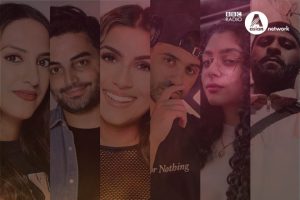 Head of Station, Ahmed Husain says: “This is an exciting time for everyone involved and it’s the biggest change the station has seen in a generation. “The new changes reflect our growing audience and how they consume our content. We’re now able to offer much more for our audience to explore and listen to on BBC Sounds, with regular mixes on the radio and on-demand, as well as a focus on new music. “We’re also stamping our authority in Birmingham with three brand new shows and moving forward on the success of the Big Debate with a brand new look and feel to the delivery of our news and current affairs programming on the station.”